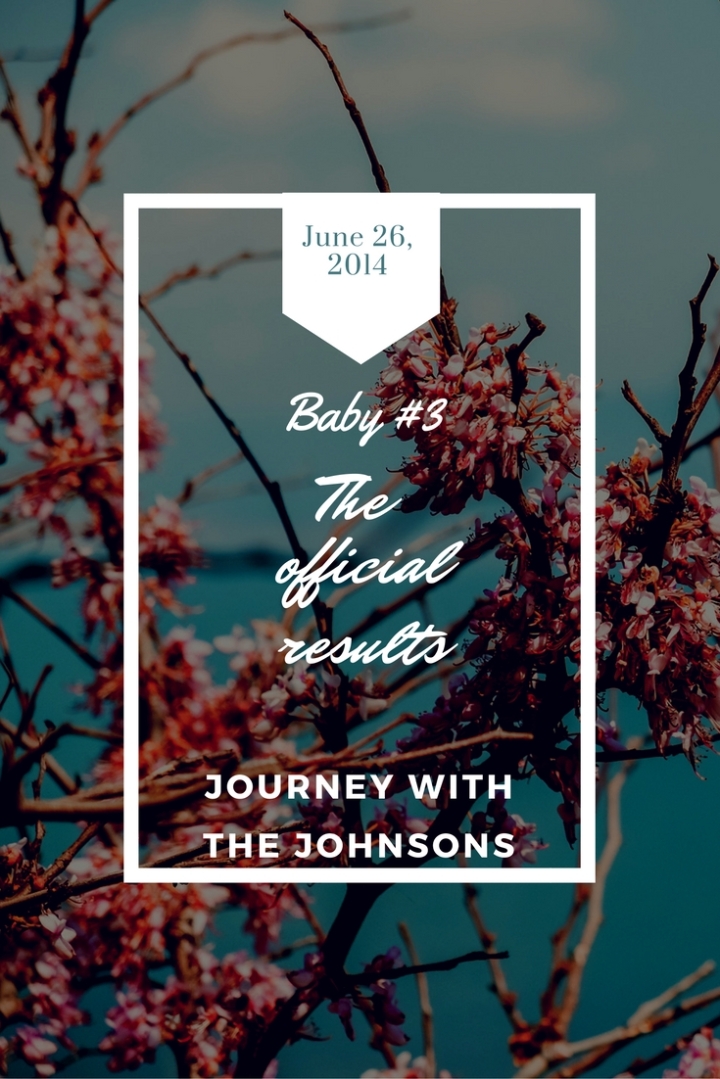 So this morning I received a voicemail stating the heartbreaking news that any genetic counselor can deliver.( I told her to leave a voicemail stating the results because I was scheduled to be working on the expected day the results came and I didn’t want to not know.) She did confirm that our result from the amniocentesis showed that for sure that our baby girl has Trisomy 13.  Trisomy 13 happens in about 1 in every 10,000 newborns.  It is where there is 3 copies of the chromosome 13 instead of two (the usual).  When the extra genetic material is attached to the extra chromosome it is called translocation.  Our genetic counselor stated there was no translocation.  In other words, this means that it did not come from Shane or I (inherited), instead it occurred when the sperm and egg formed the fetus.
Usually some signs and symptoms show that the baby might have cleft lip or palate, clenched hands, extra fingers or toes, low set ears, small eyes, small head and many more problems.  The results from our 18 week ultrasound described that she one had one artery and one vein which is usually a sign of a congenital heart defect.  Our MD did state that she may have seen a hole in her heart, as well as some white matter floating around on the inside.
I know most people would think this is the worst news in the world to hear, but from having experienced this before with our first son having trisomy 18, spontaneous as well and not coming from Shane and I, definitely puts in a different state of mind then we were during our first pregnancy.  We are going to research the best hospitals and doctors and make sure that she has the ability to live life to the fullest, even though many articles state that these babies don’t have  a long life-expectancy.  Shane and I feel like God doesn’t give us anything we can’t handle and even though it may seem tough at first, God already knows the plan of what’s going to happen to our baby girl.  We are going to fight and give her the best life possible, regardless of what any doctor might say or disagree with our wishes.
Most people at the age of 25, would have no idea what it’s like to be Shane or myself going through this at such a young age.  This happens, and yes even though it is very rare and most people just hear of healthy babies being born all the time, it happens way more often then many people think.  This is just a diagnosis and it is not going to change how much we love and care about her.  I just wish that before people want to judge us negatively with continuing on with the pregnancy and giving her a fighting chance at life, despite what all the doctors may think, that you keep the negative opinions to yourself.
We pray every day, and if we could ask for many extra prayers as we continue with this pregnancy that people pray that we can carry her to full term and that we have a safe and healthy delivery for the both of us.
We appreciate all of the continued love and support from our families.

©2014 Sheridan Johnson @Journey with the Johnsons. All Rights Reserved

6 thoughts on “The anticipated confirmation”